The clients, a couple with a traditional and discrete taste, wanted a house that would remind them of the austere elegance of the colonial architecture of other Mexican cities, along with a time lasting aesthetic, a petition we tended with the use of traditional materials like wood, cantera stone and plastered walls, high ceilings and the predominance of wall stretches over openings but using an abstract formal language.
‍
With an extensive architectural program that includes four bedrooms, study, family room, dining room, living room, bar, ballroom, cellar, kitchen, yoga studio, service rooms, storage, guard house, orchard, garden, garage and ten bathrooms, the challenge was to integrate them all into a single volume that at the same time would comply with the zoning restrictions in a terrain with a considerable steepness, which implied a thorough analysis of areas, codes and habitability conditions to get to an economically viable proposal contained in a single building.
‍
The L shaped footprint of the house occupies the northern and western edges of the plot where the largest slope is located thus allowing for a greater height at the living room, bar and ballroom and winning a third level in a semi basement where the yoga studio, cellar and some of the services are located. The removed soil from the excavation of the foundations and semi basement was used to level the garden that becomes accessible from the main entrance, ground floor and yoga studio.
‍
The dwelling is conceived as a grand monolithic volume with carved volumes to create windows and balconies framed in natural cantera from where, in a clear day, it is possible to enjoy a privileged view of the Valley of Mexico. Despite its large dimensions, the house is perceived from the street as a two storey volume, a much smaller scale to reality, by using the different levels of the terrain. As a contrast to the solidness of the upper floor, the characteristic of the ground level is its transparency, particularly emphasized at the garage built with a 7 meters (23 ft.) wide span under two of the bedrooms.
‍
Referencing the name of its street, the garden is planted with sweetgum trees (ocozoles), a native tree similar to the maple that changes with every season, giving the house changing views with the passing of time.

Its design makes reference to the traditional Andalusian architecture using materials like terracotta, glazed ceramic and stone from the region, as well as elements like reimagined patios and porticos.

The house footprint runs along the terrain leaving all the existing trees untouched and taking advantage of the topography to form terraced patios that open to the Mediterranean views, enclosed on their other sides by folding walls that cover the perimeter corridors giving access to all the spaces in the required program.

Quinta de Sierra Blanca is a project for a 32,291 sq. ft. residence in the city of Marbella, Spain. Developed in a 86,111 sq. ft. sloping plot with views to the Mediterranean Sea on side and the mountains of Sierra Blanca on the other. 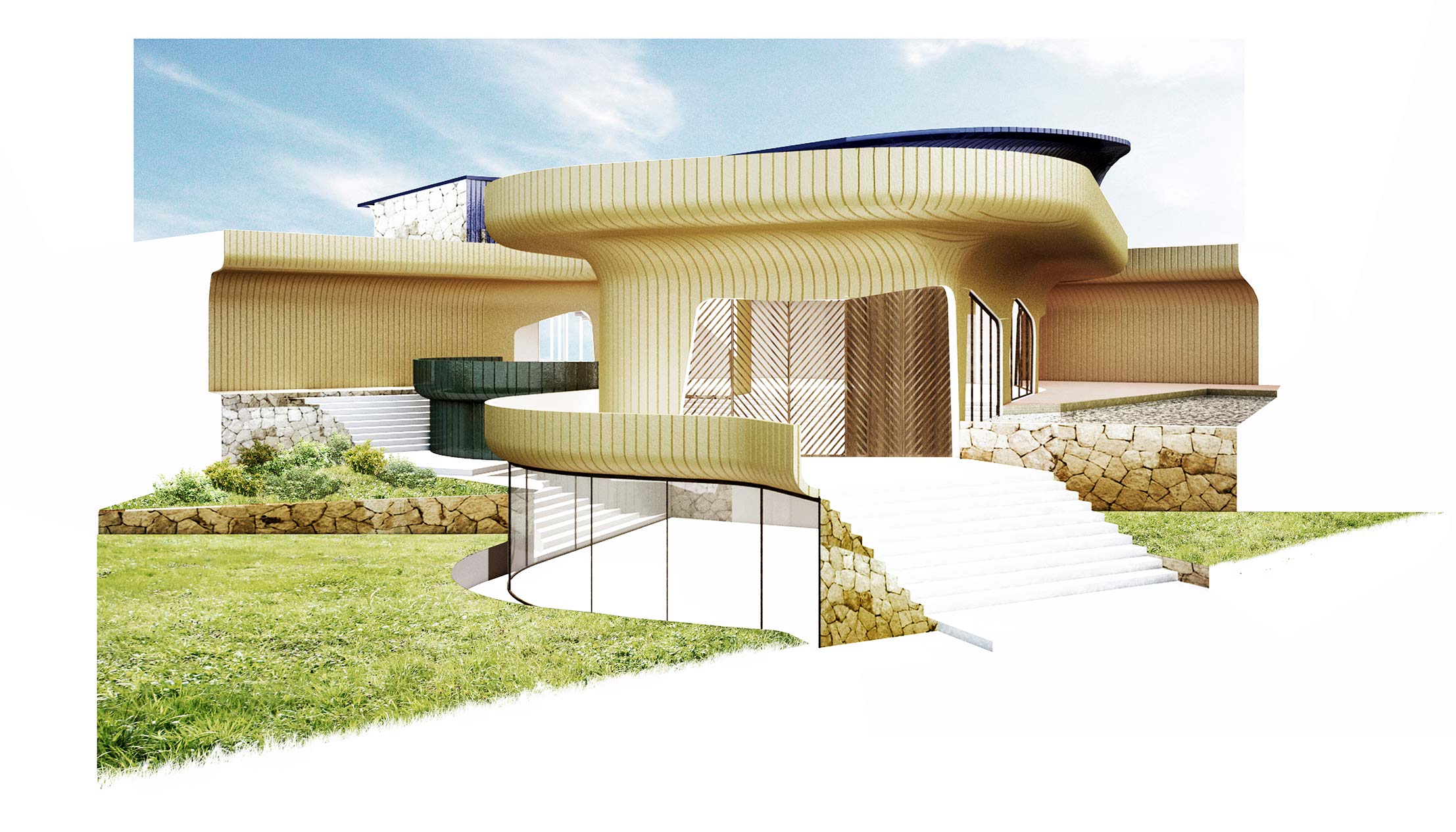 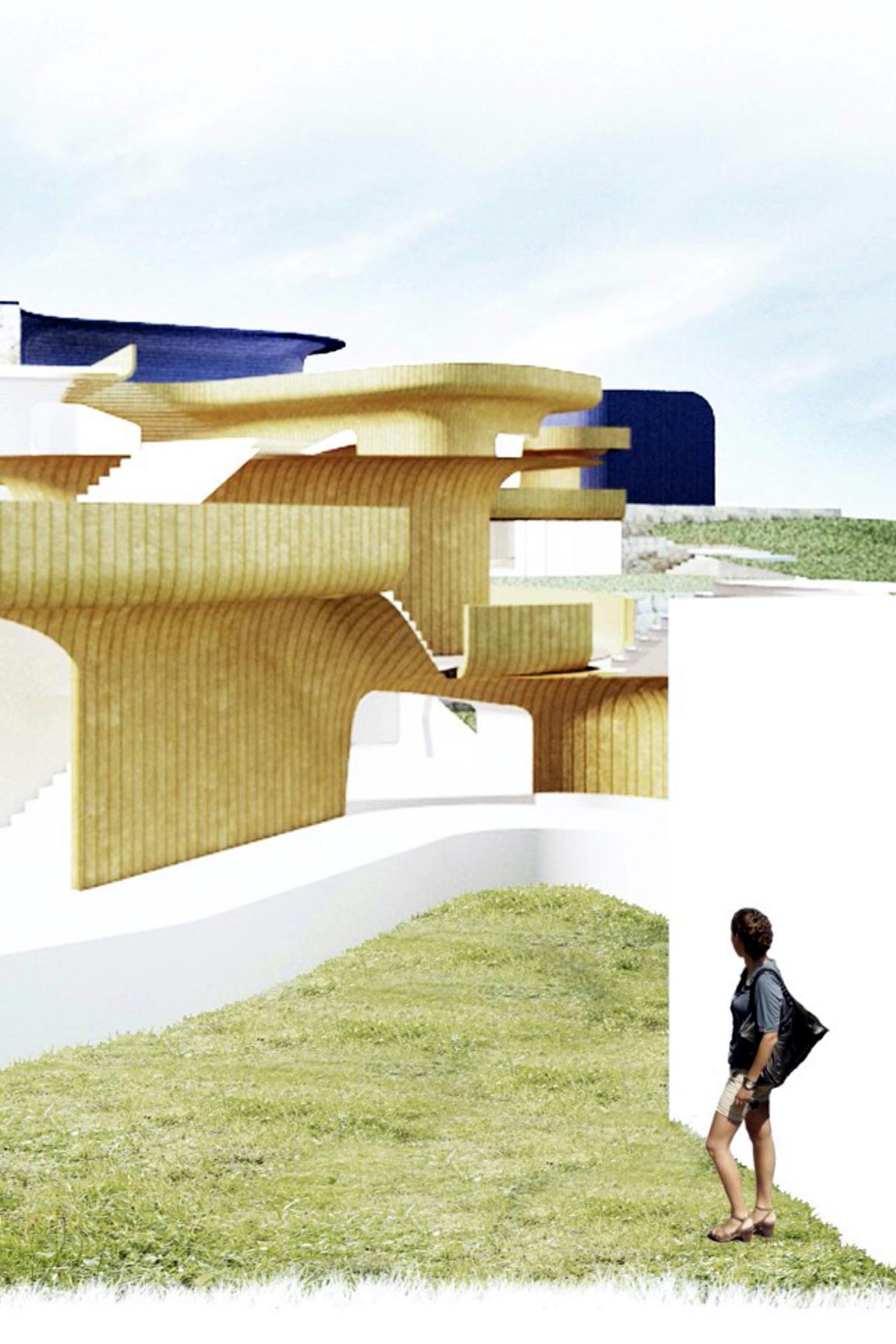 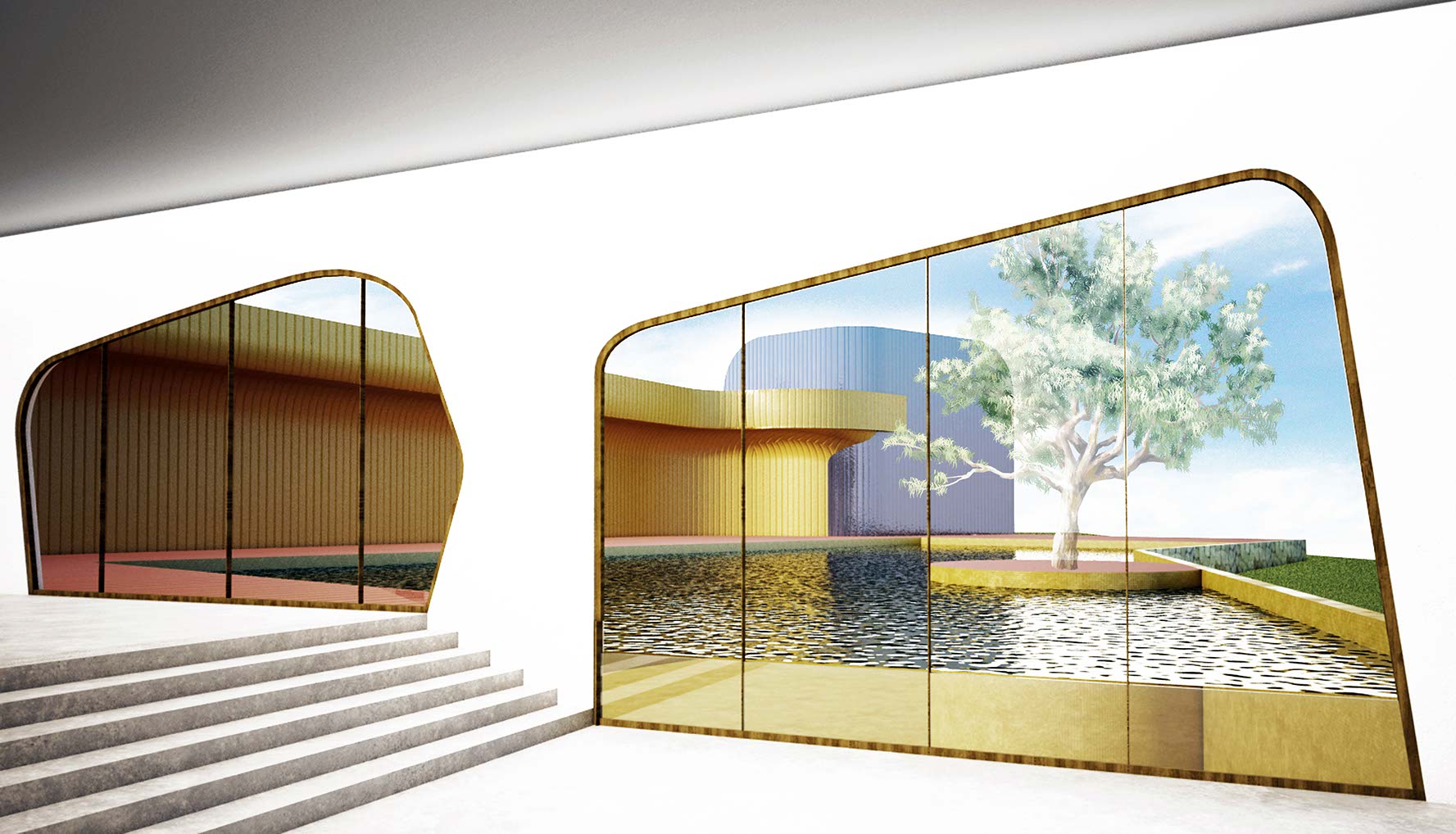 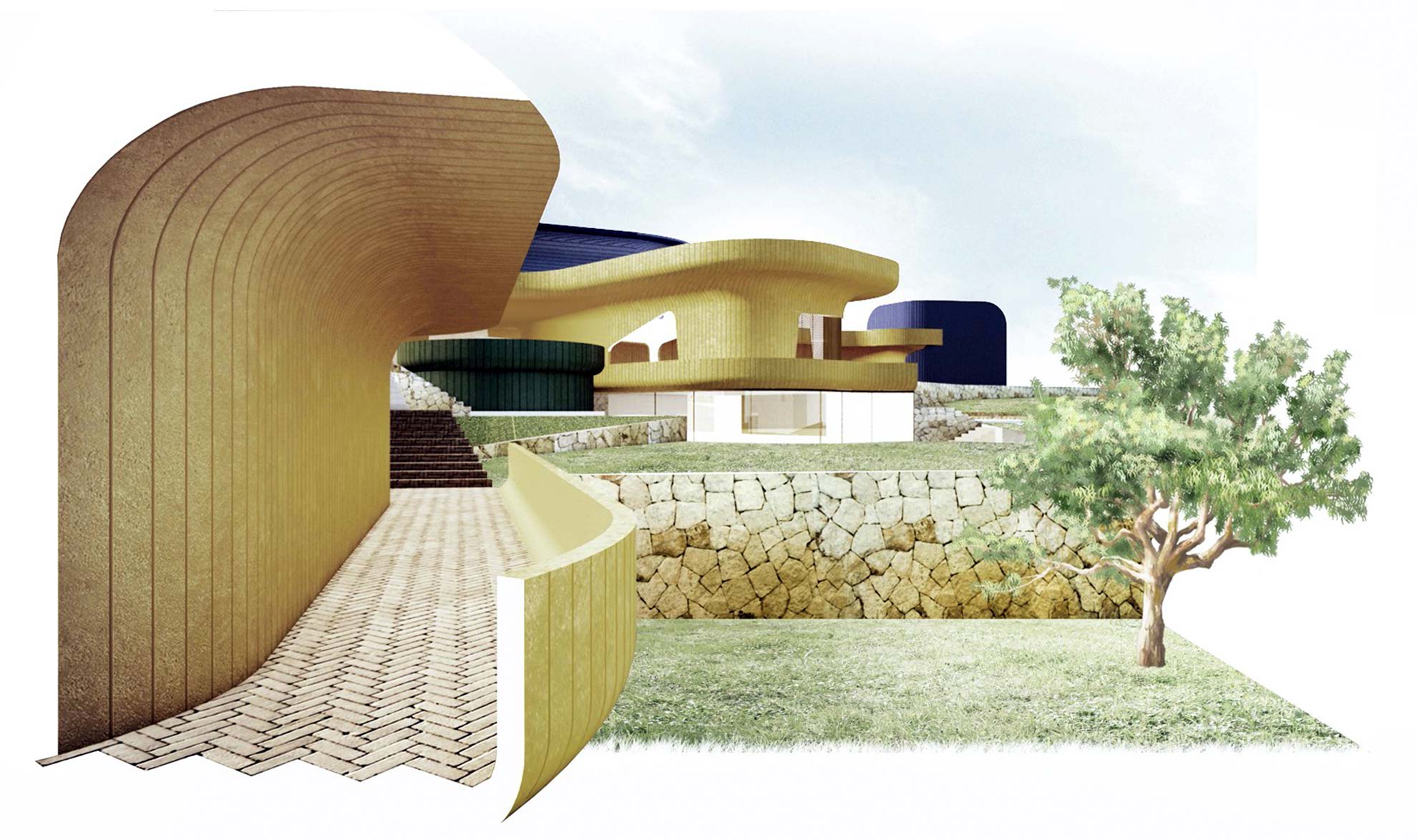 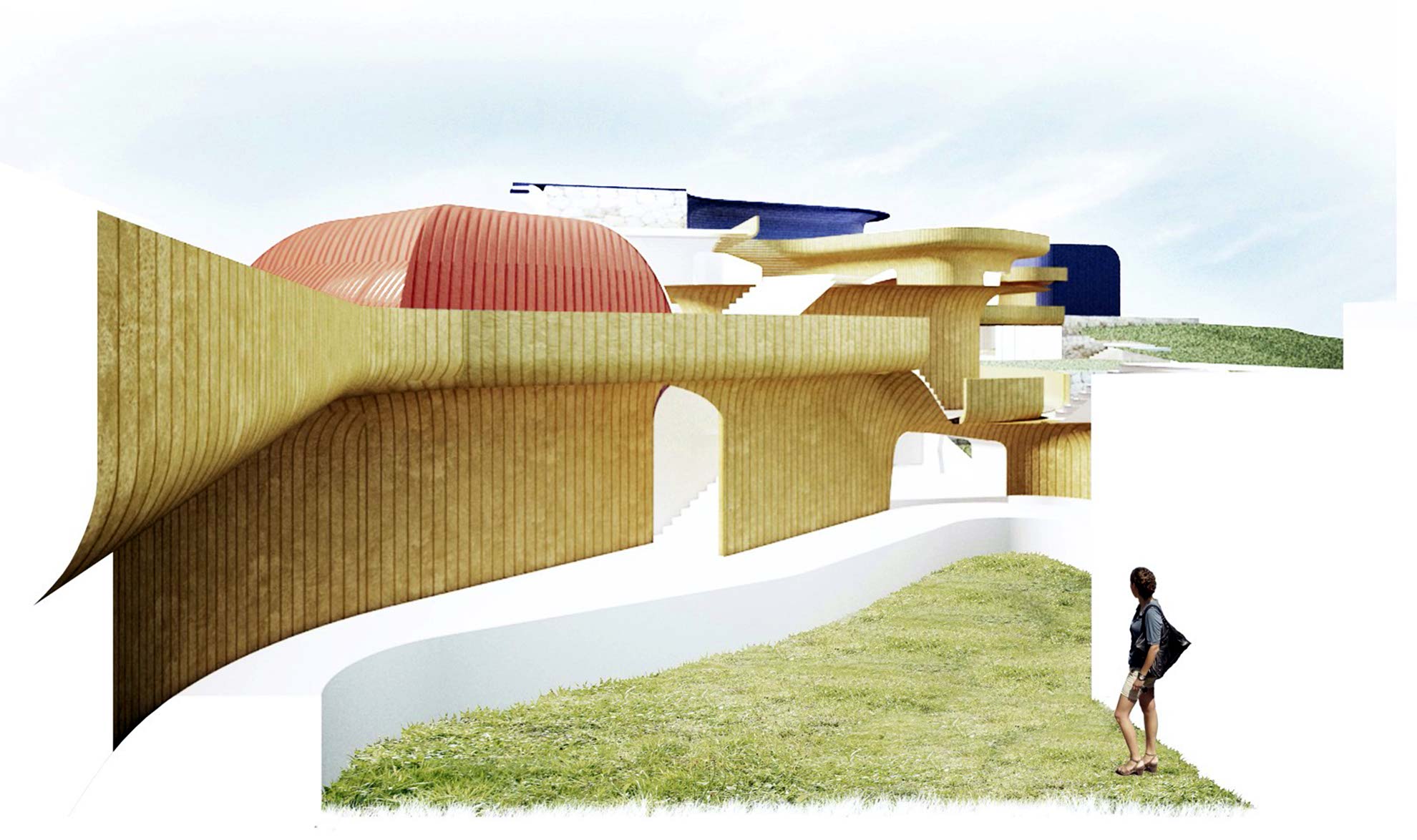